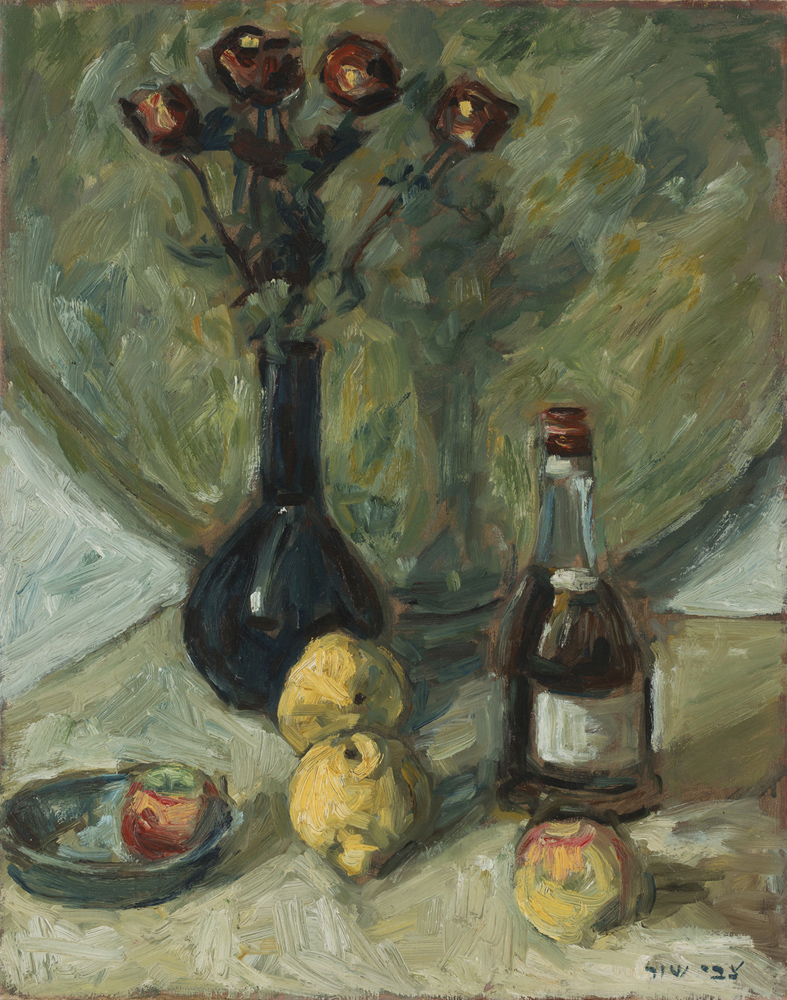 Zvi Shor as born in 1898 in Ukraine. In 1921, during the 3rd Aliya , he immigrated to Palestine as a member of the Pioneer Movement (“Tnuat Hehalutz”). During his first seven years in Palestine he lived in Haifa, where he studied painting with Herman Shtrock and sculpture with Eliezer Shtrock. Afterwards, Shor began working alongside painter Menachem Shemi, who encouraged him to find his own unique artistic voice. During the 20’s and 30’s he was a member of an artistic collective and exhibited many of his work at the “Ohel Theatre” in Tel Aviv. He was also a member of “Mesed” group, along with artists: Aharon Avni, Avigdor Steimatzky, Arie Aroch, Yosef Kossonogi, David Hendler, Mordechai Levanon and Israel Paldi. Shor was also one of the founders of the Petah Tikva Museum of Art, in collaboration with Baruch Oren, who was the museum’s first director. Therefore, in 1954, he was the first artist to exhibit his works at the museum. Currently, the Petah Tikva Museum of Art exhibits more than 60 of his works in the framework of its permanent display.

During the 50’s Shor was the head of an atelier, located near the museum; there, he taught painting, sculpture and ceramics. He mainly painted landscapes, depicting the urban development of Petah Tikva and its surroundings. He used to go outside, armed with a folding chair, canvases and colors, and paint the landscapes of the Sharon region. Joseph Zaritsky wrote about Shor: “if we had three painters like Zvi Shor, we would have a tradition of Israeli painting”.