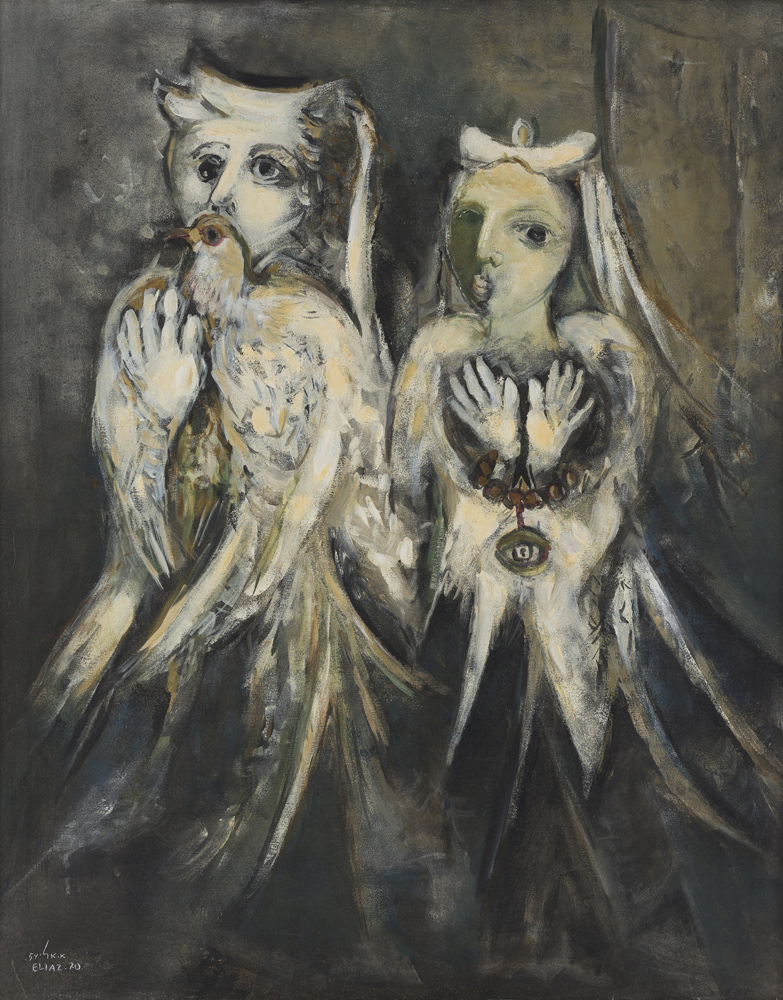 Uri Eliaz was born in 1931 in Tel Aviv. In 1947 he studied drawing at the Bezalel Academy of Art, though he had to terminate his studies due to the First Arab-Israeli War. He was drafted to the “Hagana” forces when he was only 17, and transferred to Kibbutz Eilon. Afterwards, he was transferred to Kibbutz Beit-Alfa, where he eventually worked as a shepherd. Inspired by the landscapes that he saw during his working hours, he sketched and drew continuously. In 1960 he moved to Haifa and began working as an illustrator and stage-designer for the Haifa Theatre. This new line of work influenced the nature of his paintings at the time.

During Reserve Duty he was injured and when he was finally rehabilitated he moved to Tel Aviv. In 1968 he became an independent painter; his works were exhibited in Israel and worldwide, acquired by numerous collections.