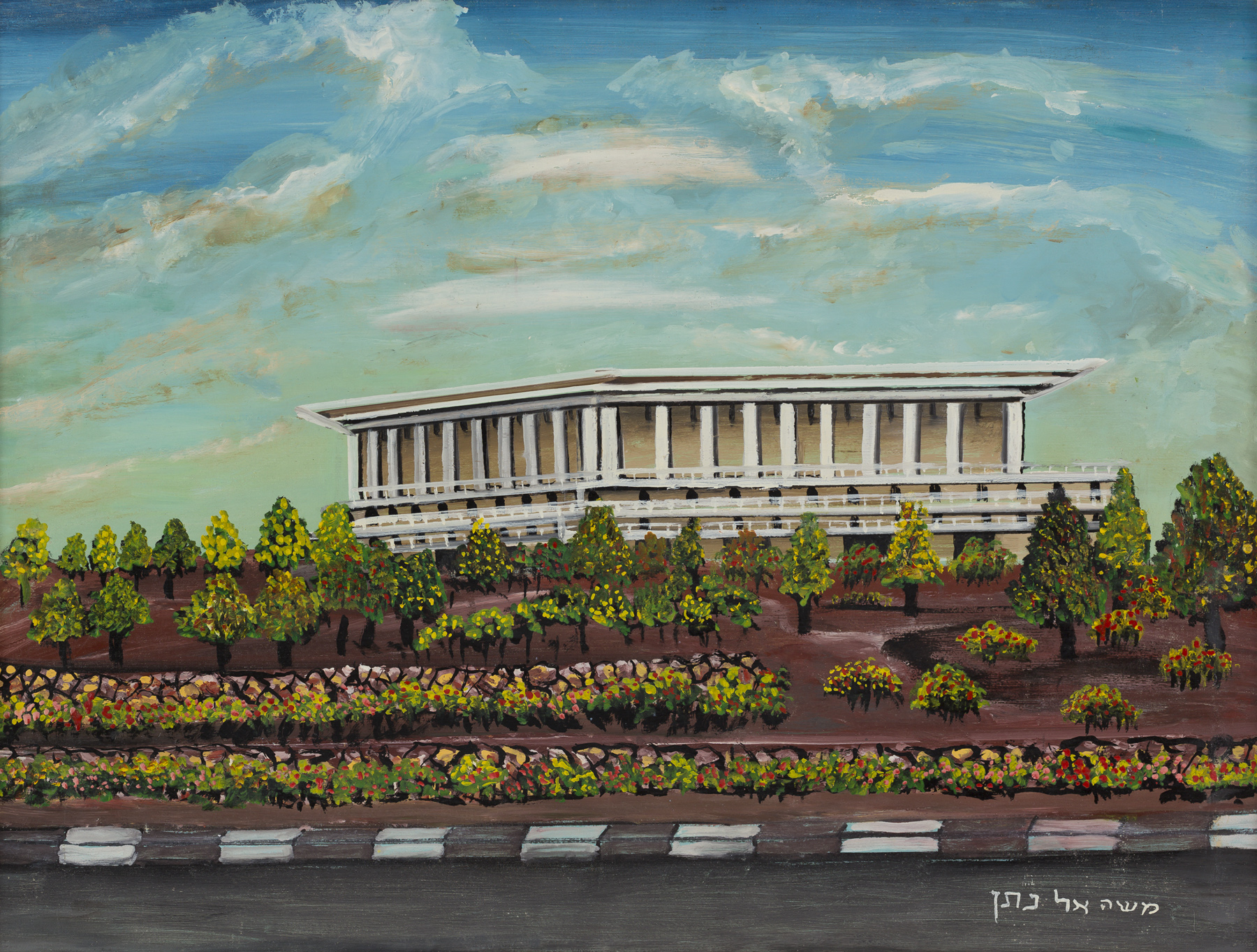 Moshe Eltanan was born in Iran in 1904. In his youth he traveled a lot and studied in Bombay. During a trip to Iraq he got married, and in 1939 he immigrated to Palestine. In 1946 he served in the British army and was released due to an injury that made him disable. During the siege on Jerusalem, he opened the first of its kind Falafel stand on King George street titled “King of Falafel”, where he began exhibiting his artworks. Afterwards, he also opened an art gallery Nevi’im street, Jerusalem.

His works bear a naïve/surrealistic nature, portraying global social concerns and anxieties. Many of his paintings deal with themes of the Cold War, battles that take place on distant planets and the horrors of the Atom bomb.