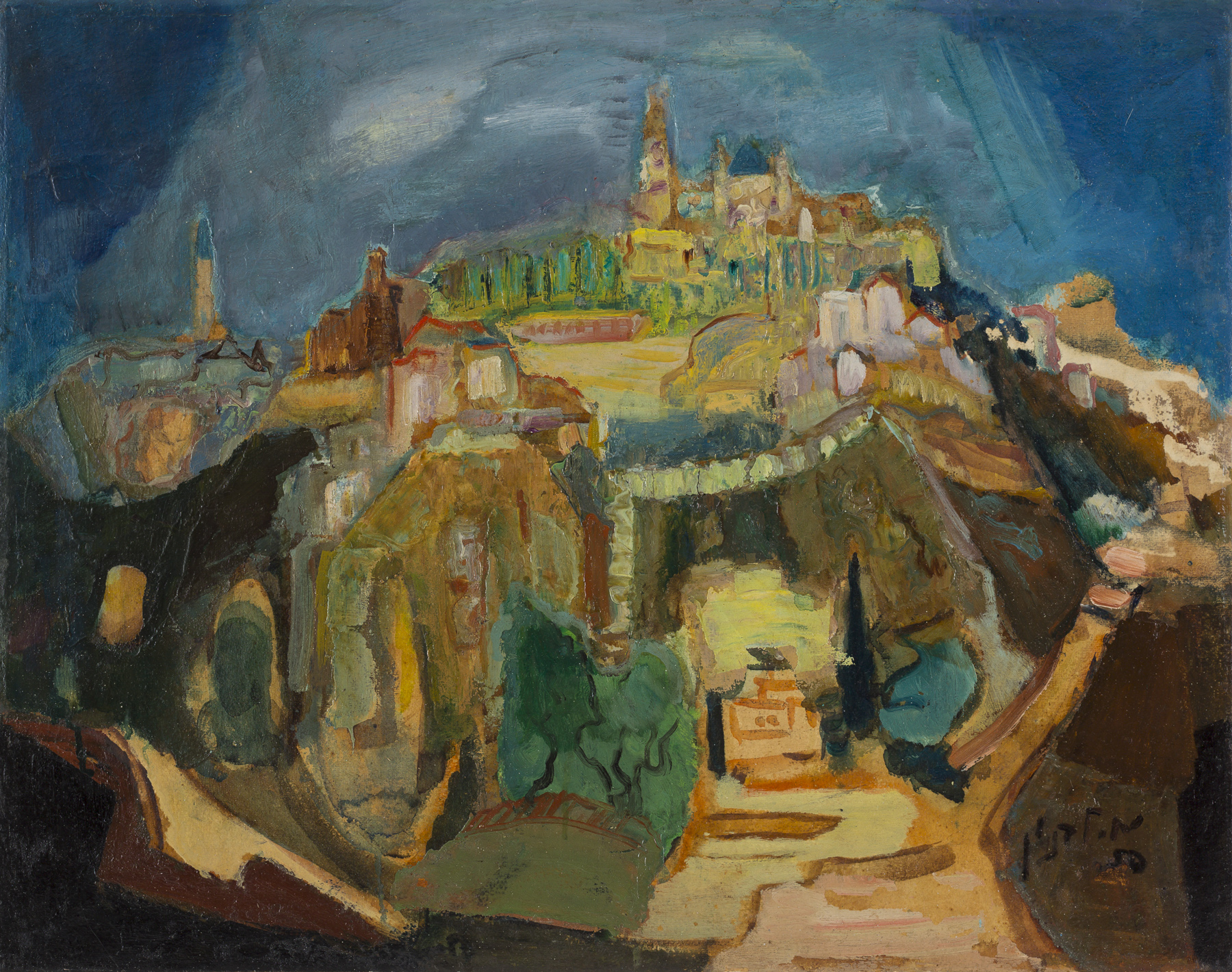 Mordechai  Lebanon was born under the name Mordechai Weiss, in a small village near Nagyvarad, Transylvania (today Oradea, Romania). His first painting teacher was his older brother. In 1921 he immigrated to Palestine and joined the Histadrut Organization. He managed to study for a few months at the Bezalel Academy of Art and Design, but soon he quit and began working as a farmer and a builder. Between 1925-1927 he moved to Tel Aviv and studied painting with Itzhack Frankel. Finally, he resigned from his other occupations and devoted himself solely to the art of painting. He joined the art group “Mesed” and participated in their exhibitions. In 1938 he moved to Jerusalem, and in 1963 he opened an atelier in Safed. Lebanon participated in numerous group and solo- exhibitions  in Israel and worldwide; he was twice the winner of Dizengoff award – in 1940 and in 1961.