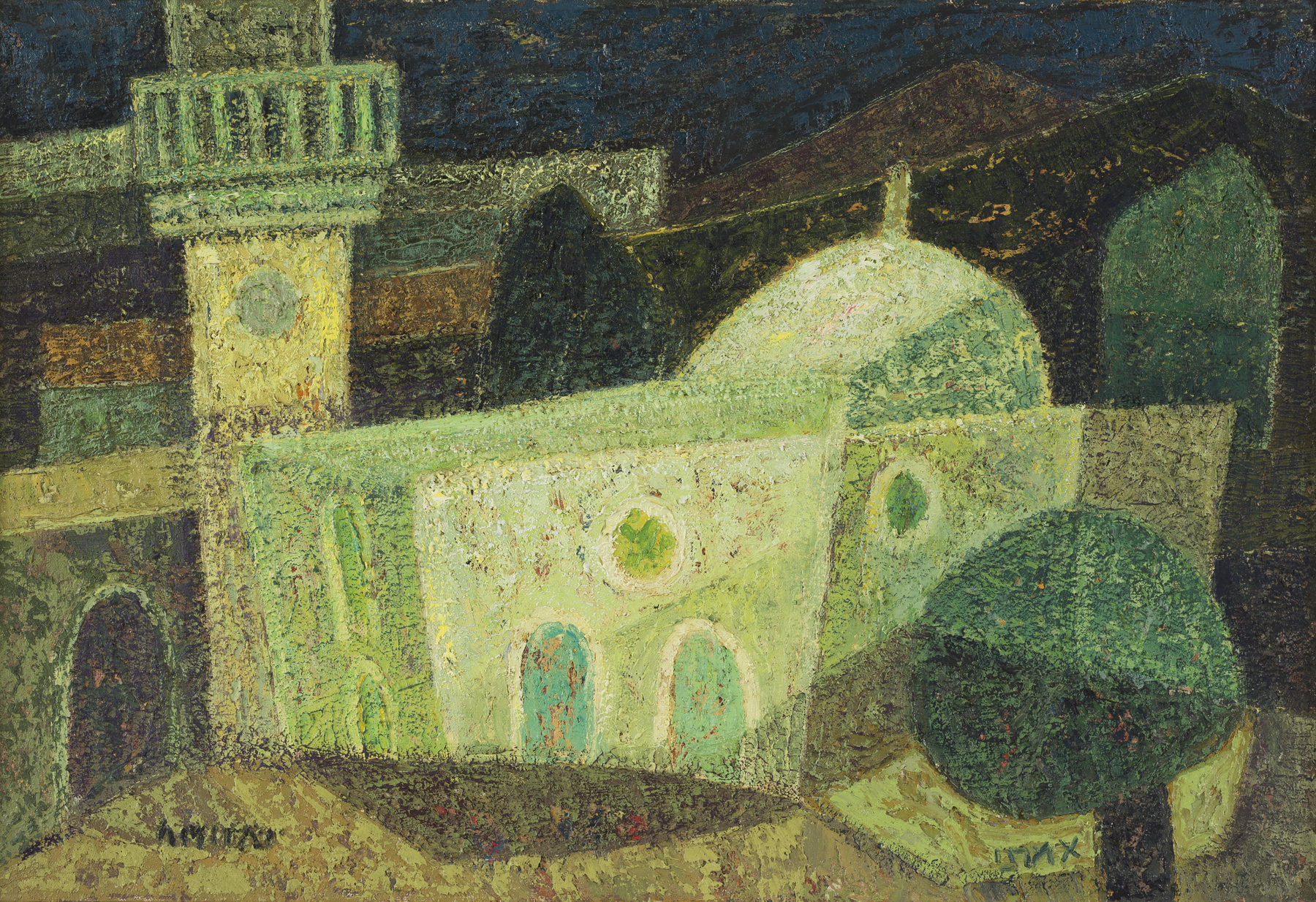 Itzchak Amitai was born in 1907 in Jerusalem. When he was five his mother passed away, and during the First World War his father was drafted to the Turkish army. Therefore, his childhood was partially spent in a Hassidic orphanage. At the age of 9 his aunt took custody of him and he moved-in with her.  In 1924 he began teaching at the Bezalel Academy of Art and Design and work for the painter Itzchak Beck. In 1927 he moved to Egypt, where he was head of an illustration studio for commercials and a small oil company. Two years later, he moved to France in order to study painting. During the 40’s he went back to Palestine and joined the “Hagana” and after 1948 he was drafted to the IDF. Amitai was one of the founders of the Safed Artists Colony and earned his living by teaching art in various Kibbutzim in the Izrael valley.