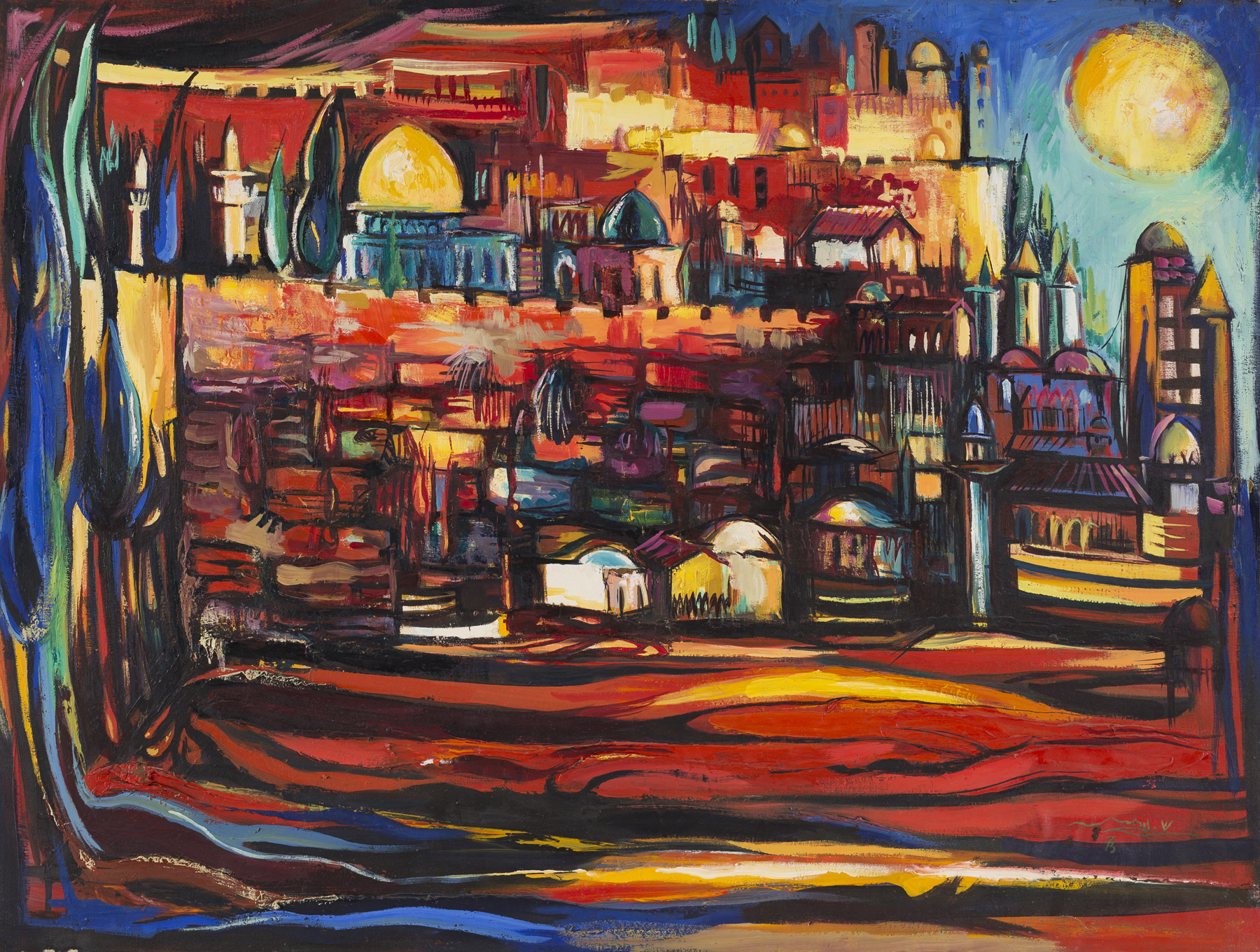 Israel Gur Arieh was born in 1915 in Ackerman, Romania, to a family of rabbis: his father was rabbi Shlomo Ingerleib and his mother – rabbi Ziporah, from the Levi family. With the rise of the Nazi regime he was sent to work at dissolving minefields. In 1944 he managed to escape Romania and immigrated to Palestine. When the state of Israel was founded he was drafted to the IDF. In 1952 he began working for the Israel Security Agency (ISA). In 1960, as part of his position in the ISA, he was transferred to New York. In 1974, at the age of 49, he began painting. His works were exhibited in various solo-exhibitions in Israel, Mexico and Canada; and in 2010 his work “Colors in Flight” became the official image of the Israeli embassy’s New Year greeting card.