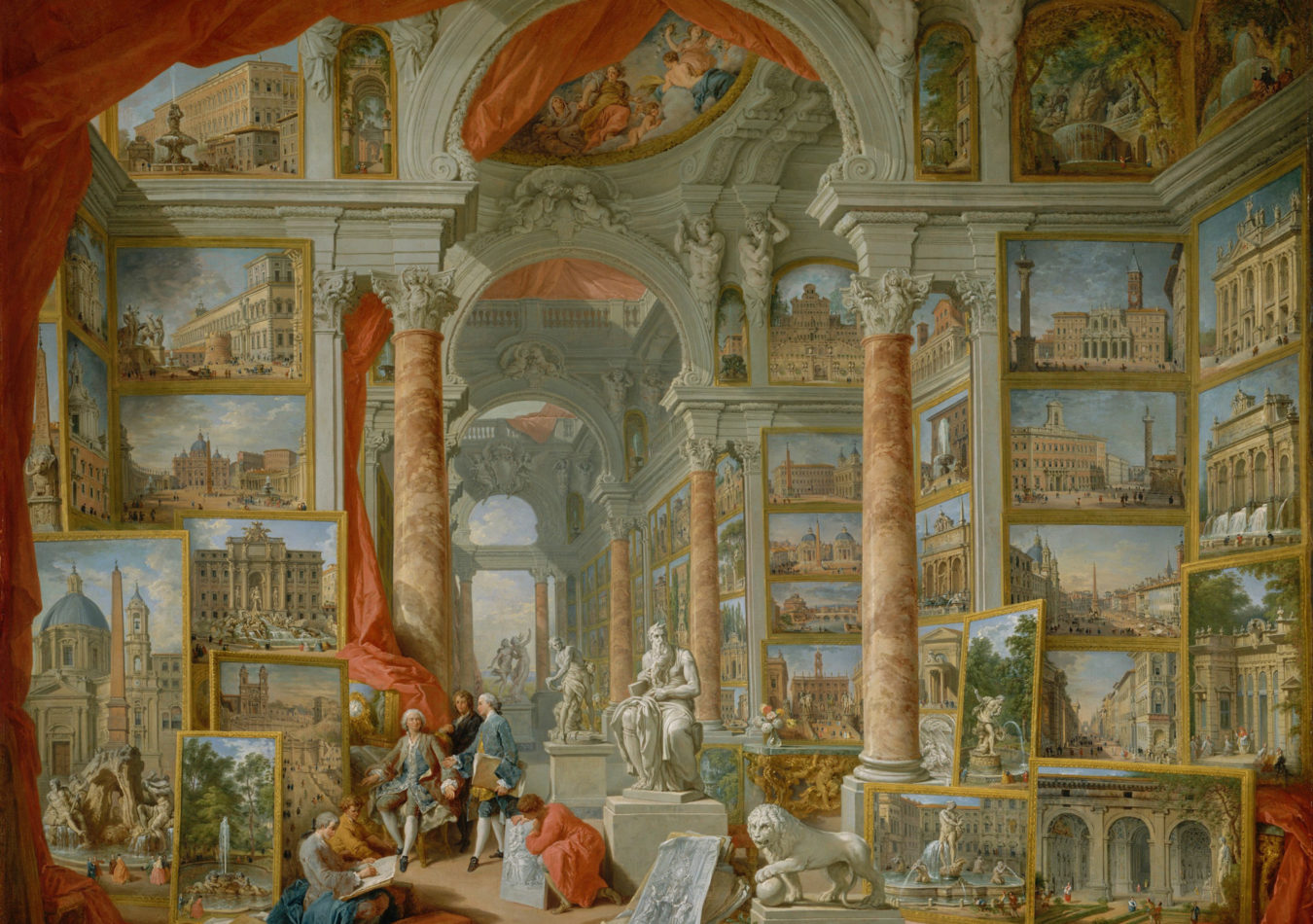 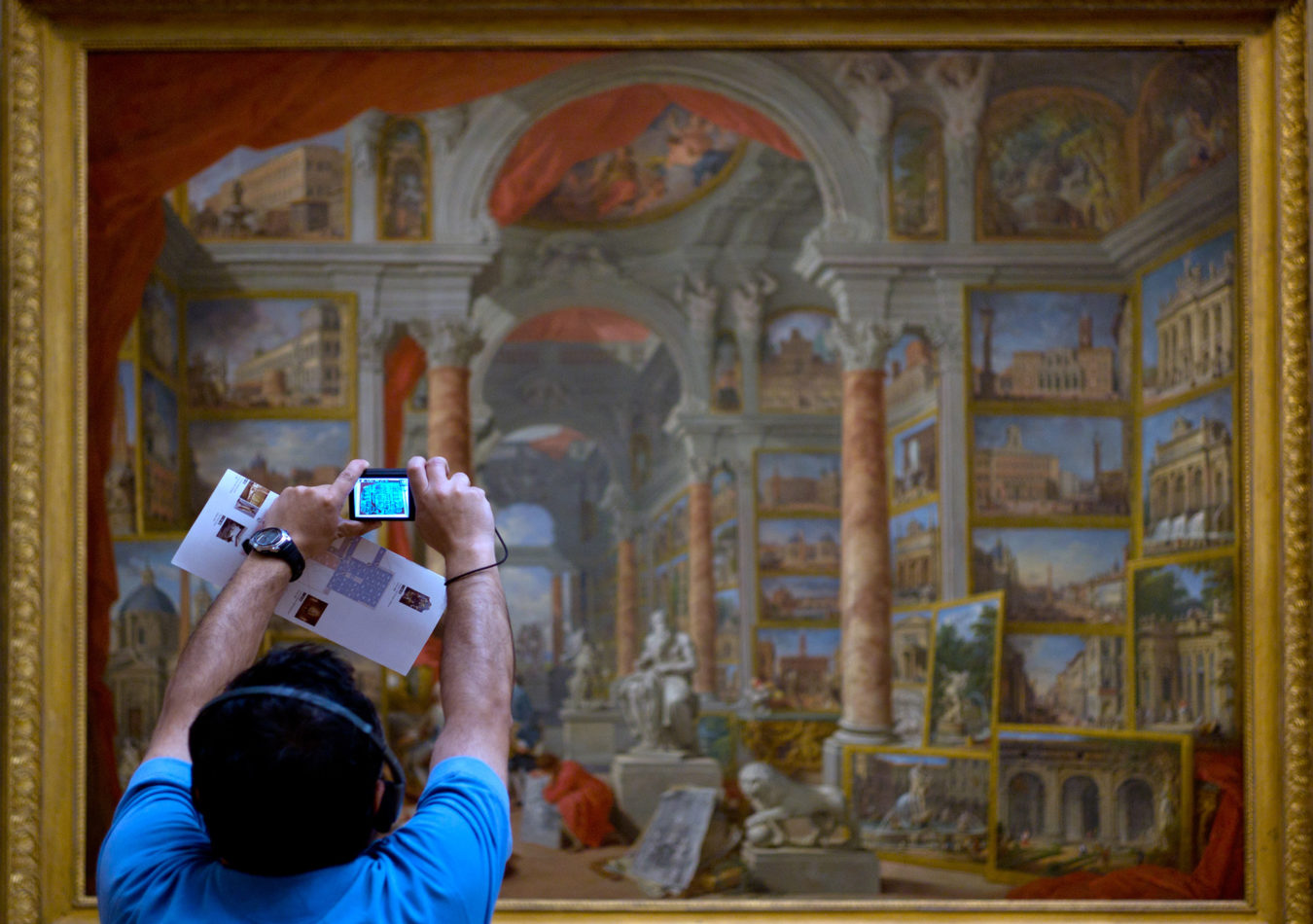 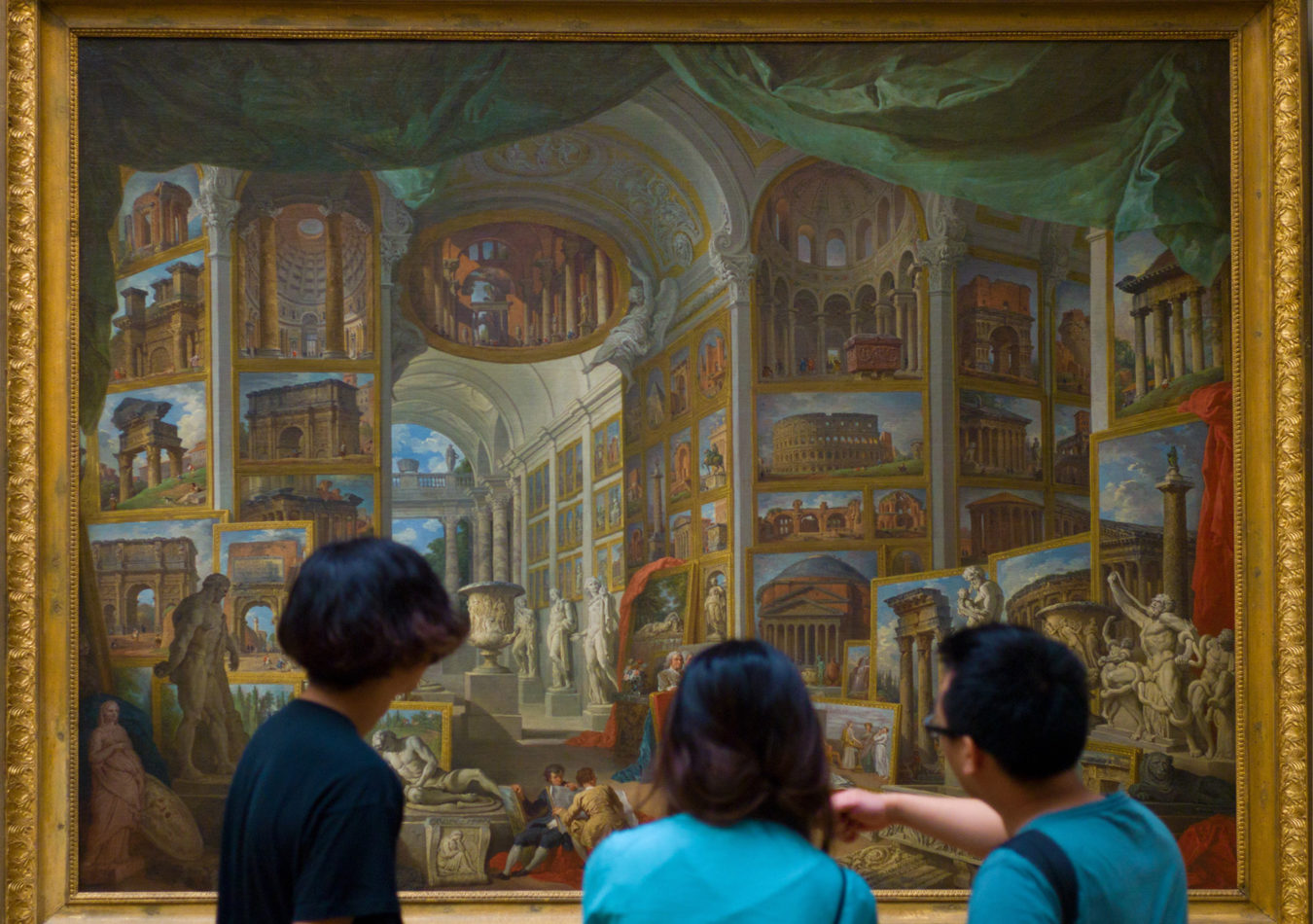 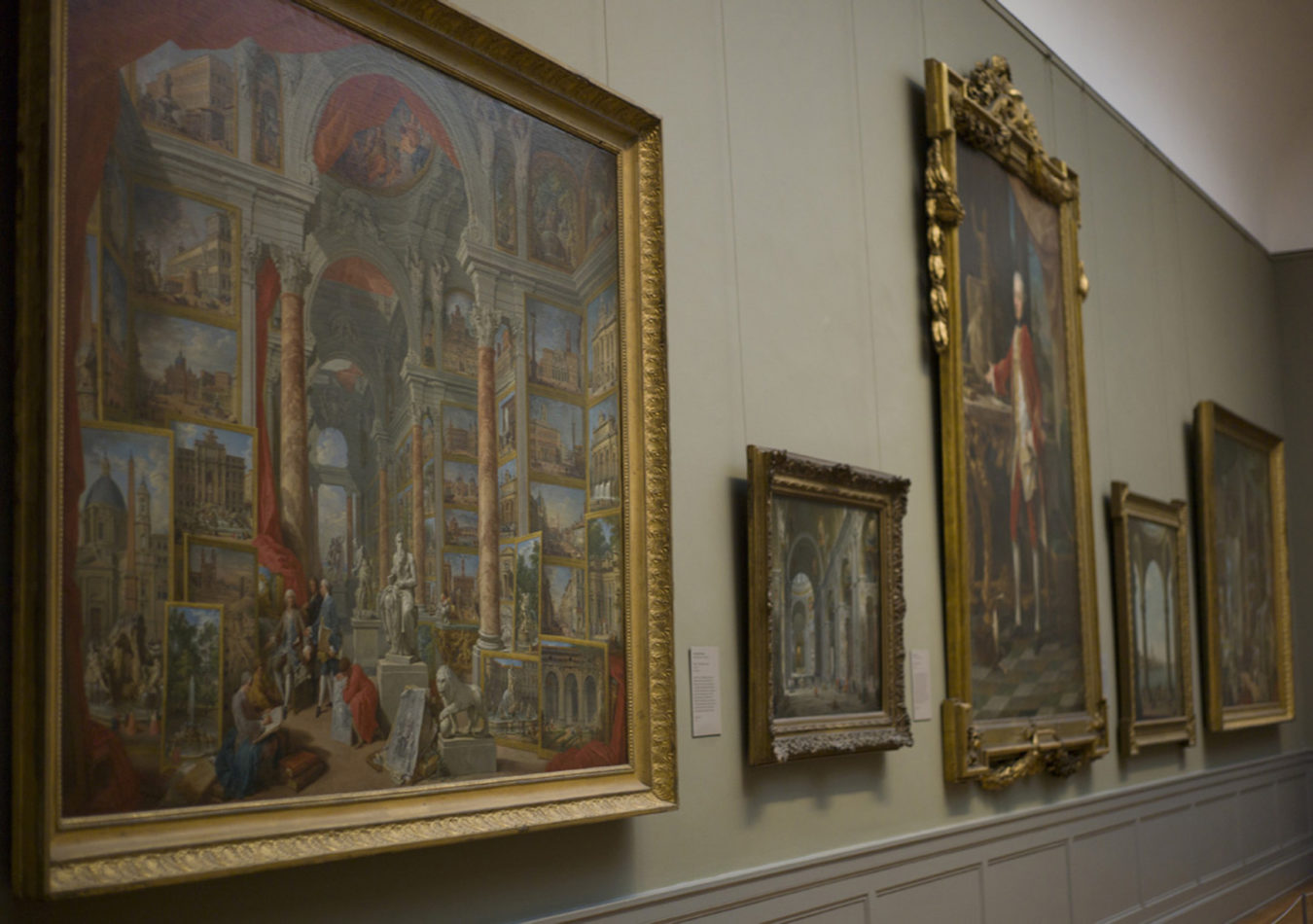 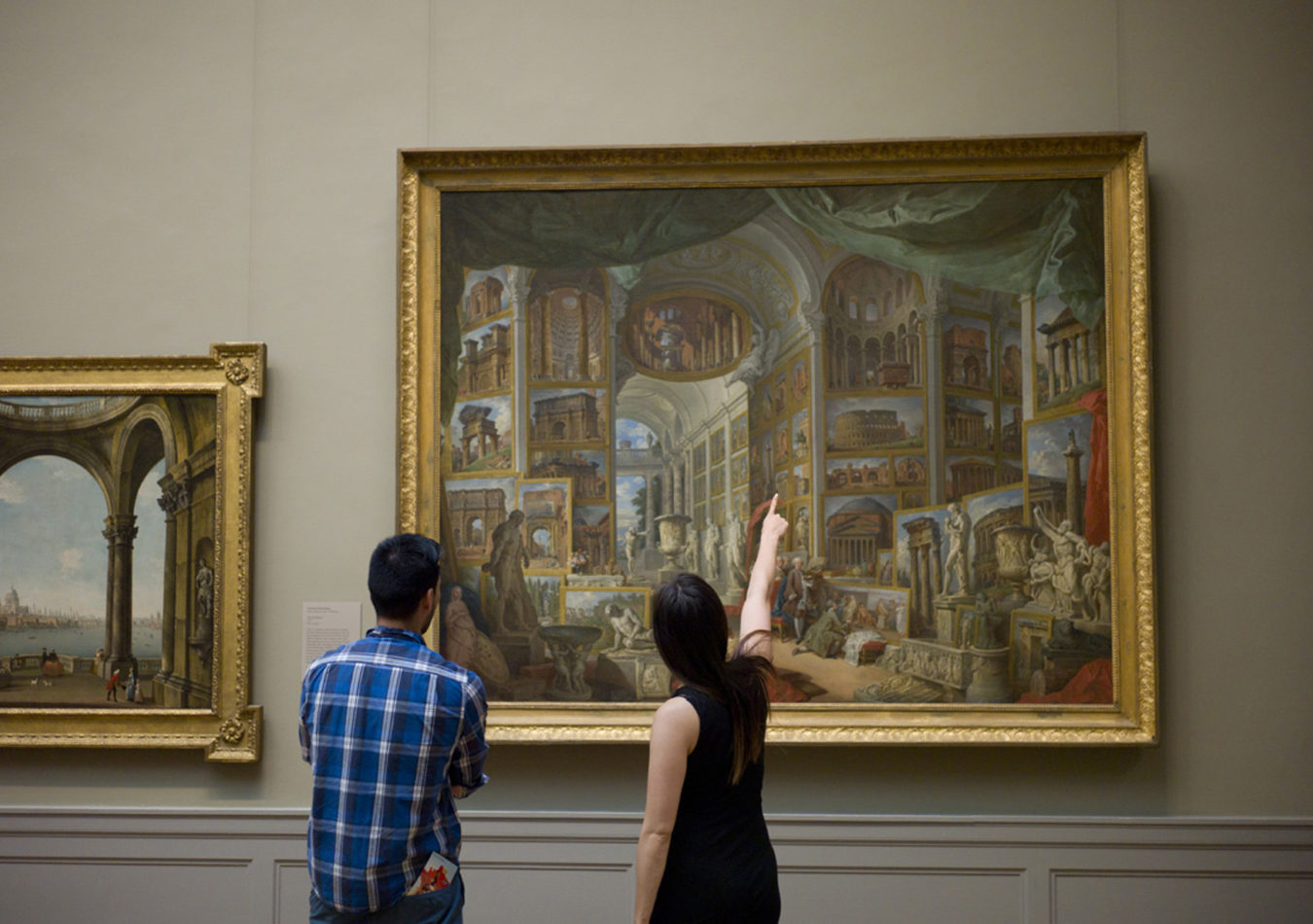 Giovanni Paolo Panini or Pannini 17 June 1691 – 21 October 1765 was a painter and architect, who worked in Rome and is mainly known as one of the vedutisti “view painters”.

As a painter, Panini is best known for his vistas of Rome, in which he took a particular interest in the city’s antiquities.

Picture Gallery with Views of Modern Rome The painting shows the arrangement of paintings originally commissioned by Count de Stainville, later the Duke de Choiseul. He was the ambassador to Rome from between 1753 and 1757. The Duke is seated on an armchair, in the painting. Among some of the works depicted in this work are, Michelangelo’s Moses, Bernini’s statute of Constantine, David, Apollo and Daphne. The fountains Bernini designed are also featured in the painting. The painting is the pendant to Ancient Rome Ancient Rome is an oil on canvas It is owned by and on display at the Metropolitan Museum of Art in New York City. The painting depicts many of the most significant architectural sites and sculptures from Ancient Rome, such as the Colosseum, the Pantheon, Laocoön and His Sons, and Farnese Hercules. Both Panini and Panini’s patron the Count de Stainville make an appearance in the work. Panini sits in the armchair and the Count de Stainville stands holding a guidebook. These two works inspired the work Impermanent Display