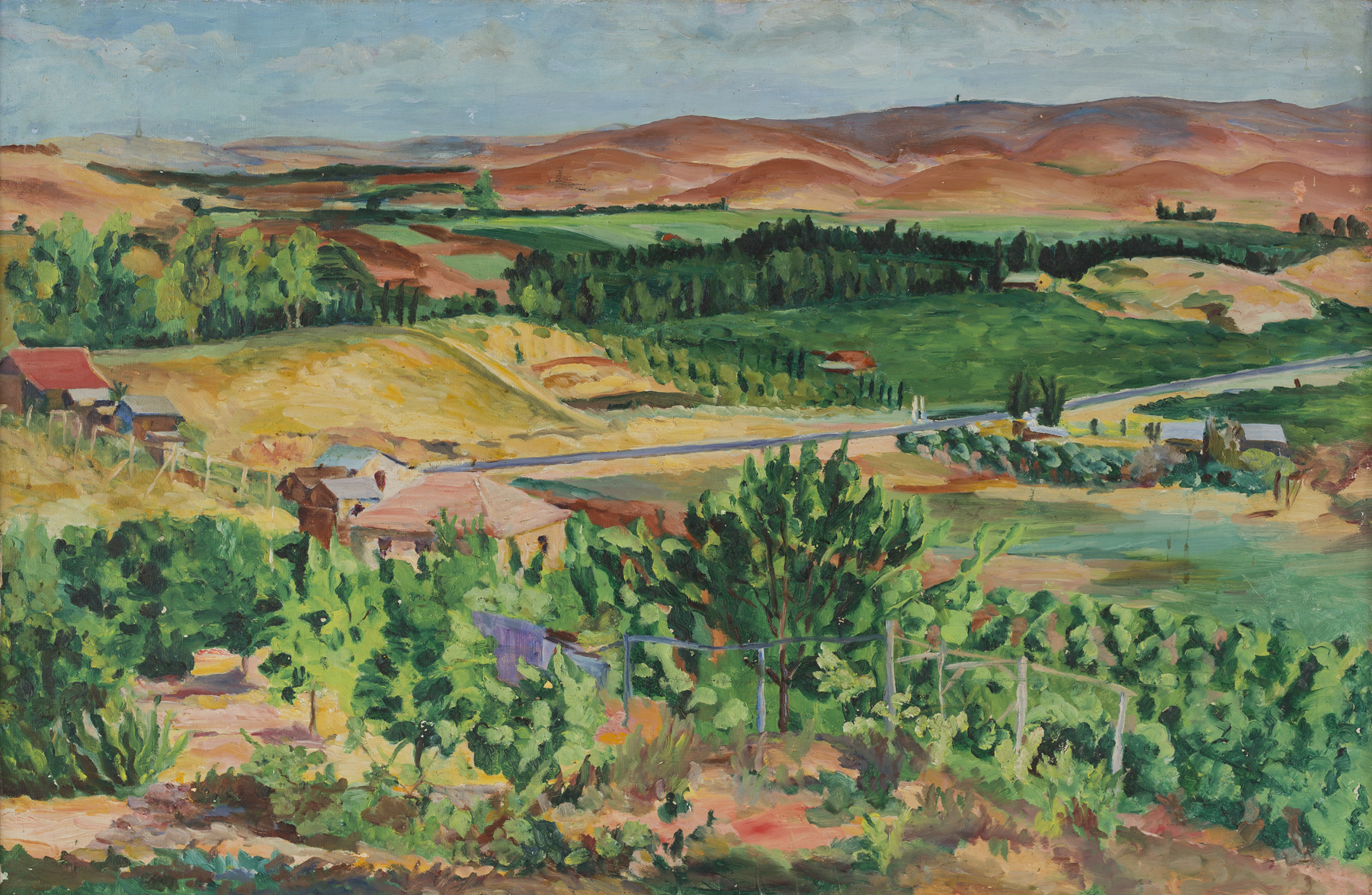 Eliyahu was born in 1890 in Haifa. His father, Asher Mas’ud, was the Chief Rabbi of Haifa. Eliyahu studied the Torah from his father and later at KIAH school in Haifa. He was a prominent student and therefore he was sent to a teaching seminar in Paris. After attending the seminar he moved to Cairo, where he received a teaching position.  In 1907 he returned to Palestine and taught: Hebrew, Arabic, French, painting, gymnastics and singing, at the Rothschild school in Petah Tikva. During the British Mandate, he transferred to work in Jerusalem for the government secretary. During that period, he studied law and was eventually appointed to serve as the Attorney General of the District Court in Jerusalem. In 1926 he quit that position, moved to Tel Aviv, and began working as a lawyer. During his free time he painted.