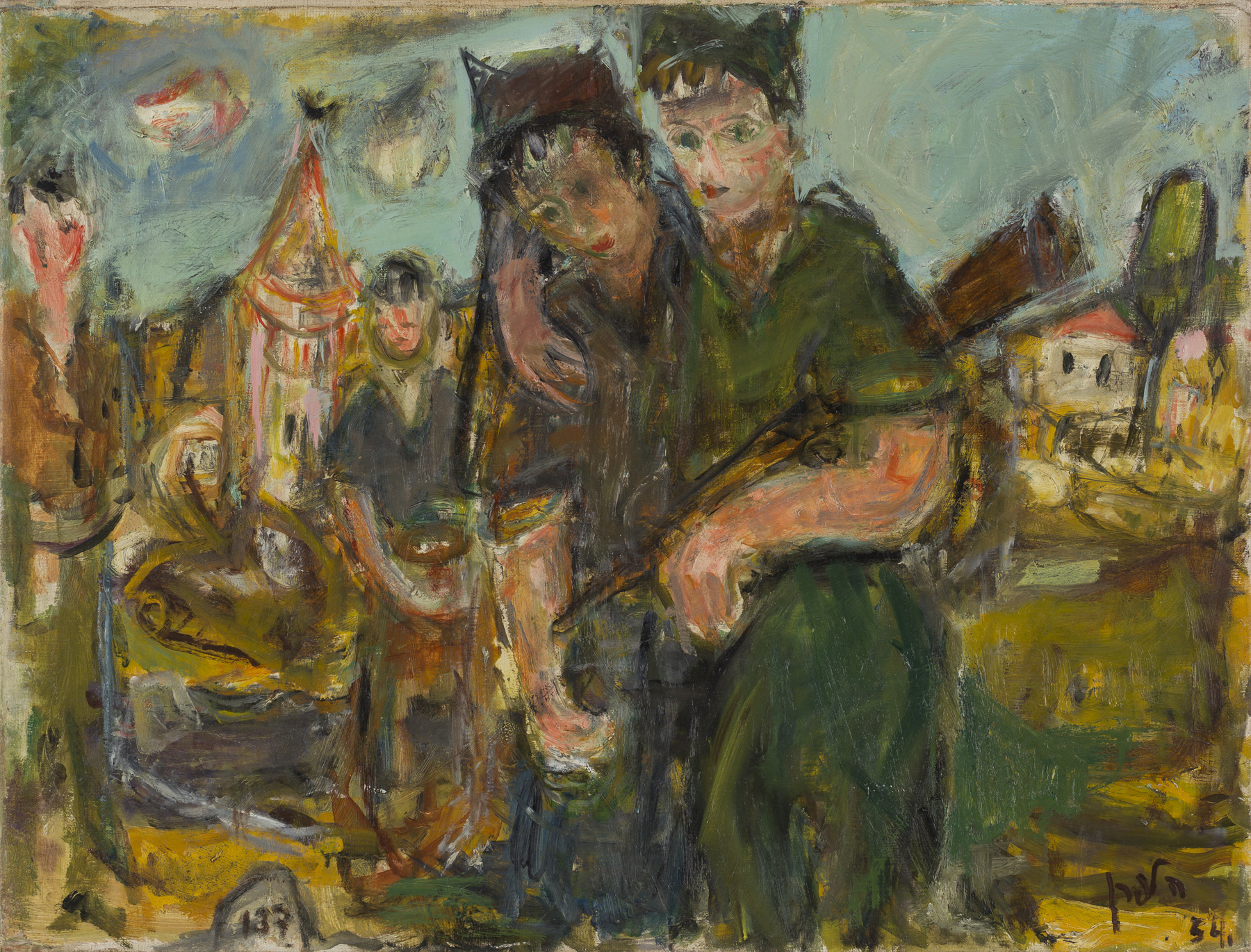 Elhanan Halperin was born in Goniadz, Poland. He immigrated to Palestine in 1921. He studied painting with Zvi Shor in Jerusalem. In 1953 he traveled to Paris and continued to study there.  Upon his return, he was one of the founders of “Ha’esre” collective; a group that aspired to differentiate its artistic practice from the “Haofakim Hahadahim” movement and the universal values of Abstract painting. Eventually, Halperin taught painting at Hamdishra School of Art and at the Avni Institude of Art. Between the years 1963-1967 he was a member of Unesco International Painters Association. In 1960 he was the winner of Dizengoff Award and between 1962-1967 he was the Chairman of the Painters and Sculptors Association in Israel.