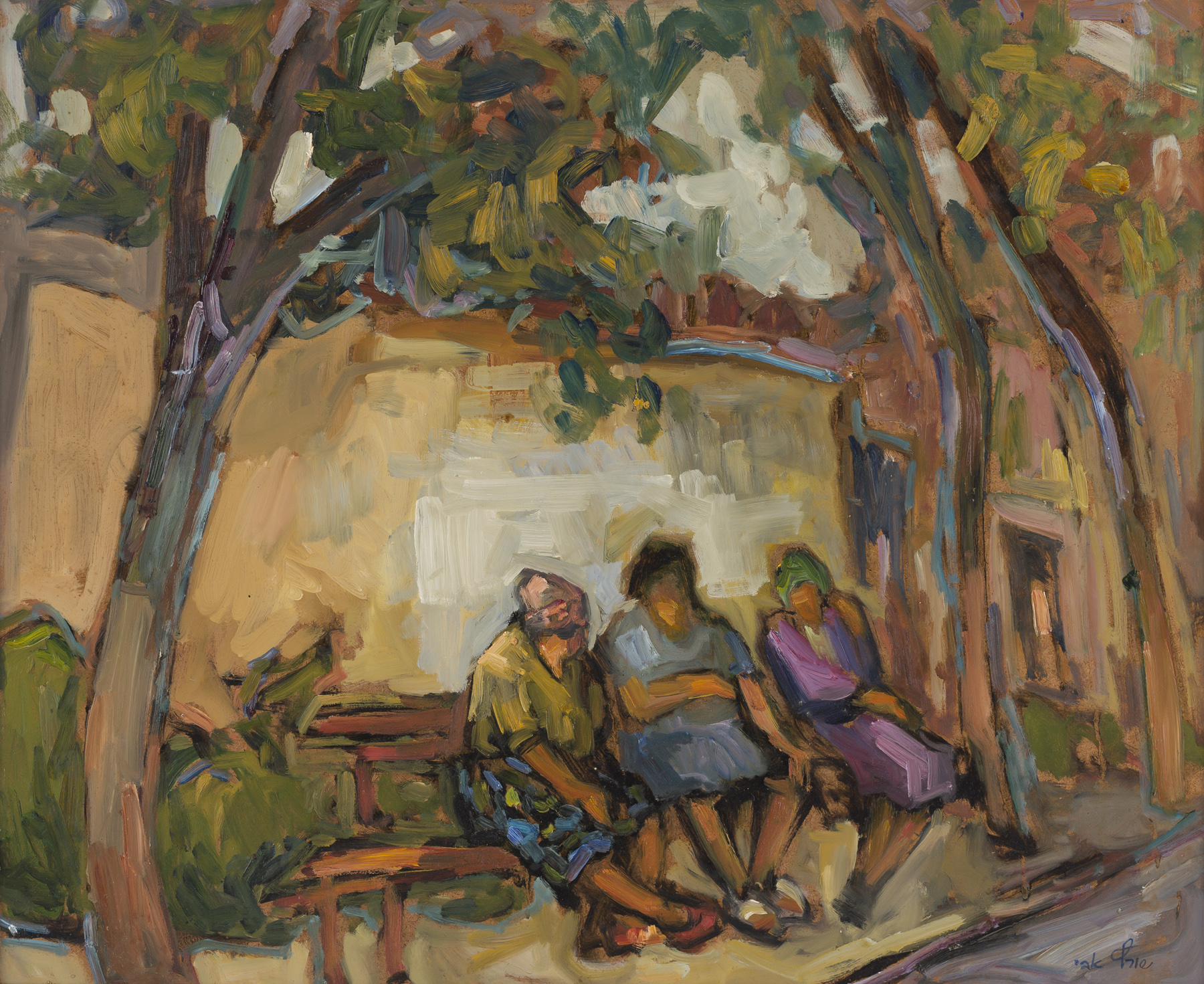 Avi Schwartz was born in 1938 in Bucharest, Romania to a family of diamond dealers. He grew up surrounded by important paintings from his father’s art collection. When Bucharest was bombed, during the Second World War, Schwartz was inclined to stay at home and subsequently began copying these masterpieces. In 1947 his family fled Romania. They first arrived to Paris and  in 1948 they immigrated to Israel. As a boy, he studied in “Shalva” high school and later continued his artistic studies at the Avni Institute of Art, were he was taught by renowned painters: Yehezkel Streichman, Avigdor Steimatzky and Marcel Janko.

At that time, the art scene in Israel and his teachers at the Avni Institute encouraged him to follow the direction of international Abstract art. However, he refused to follow the path of his teachers – Steimatzky, Streichman and Janko, who were a part of the “Ofakim Hadashim” (New Horizons) Movement . As a result, Schwarz stopped painting for a while. When the war in the Sinai Peninsula began, he quit his studies and joined the army. After his release, he got married, finished his exams and studied History at the Tel Aviv University. During that time, he worked as a diamond polisher and eventually led the Goldsmith department at the Ort high school, Ramat-Gan.

Thanks to artist Zvi Shor, who encouraged Schwartz to paint from observation, he finally returned to painting at the age of 30. His works were inspired by the Impressionism, as well as by the style of his close friends – Shimshon Holzman and Arieh Lubin. The three of them met on a regular basis and painted together in various outdoor places. At times, painter Nachum Gutman joined them. The European painting tradition is deeply rooted in Schwarz’s works. Many of his paintings feature characters from the margins of society, though they do not aim to portray a specific political-Socialist standpoint.